Too Cool For School

partnering with your kids for educational freedom

THINKING OF PULLING YOUR KIDS OUT OF SCHOOL?

Are you nervous, unsure of what steps to take? What do you do once your kids are withdrawn from the school system? Unsure of of how to make “educational” choices?

We’ve got your back in this FREE 3 day workshop taking place on Facebook!

Unschooling mum Sarah Beale and Worldschooling mom Lainie Liberti have years of expertise on this subject.

They’ve come together and designed an info packed workshop to give you the confidence you need this Fall.

Each day Lainie & Sarah will host a live presentation and share tools and resources in the facebook group. Participants  have a chance to ask questions and share their concerns.

Do you know the differences between homeschooling, distance learning, unschooling and worldschooling? Learn what you need to get started.

Interested in Education Freedom? What does that mean to you? Define your family’s values and distill those qualities into a plan. (We’ll address learners of all ages)

Everyone at home now? Now what? Learn strategies and tools to create a peaceful home in alignment with your family’s values.
(hint…. it’s partnership!) 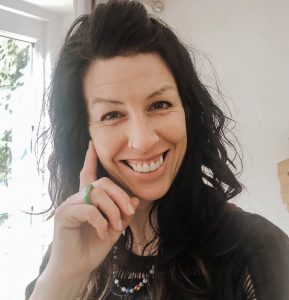 Hi, I am Sarah, and I am many things.

Only one of them is a mother. I am also a collector of kitsch knitwear; a sourdough addict; a bird whisperer (my daughter doesn’t believe me); a late-night Netflix viewer and a somewhat regretful border collie owner (I wanted a lurcher).

My children have brought out not only the very best of me but my most real self, the self that shows up authentically, lives joyfully, walks barefoot and sings loudly.

It is in that spirit that I have co-founded The Partnership Parenting Movement and The Renegade Mum and I seek to bring that same sense of connection and playfulness to other families.
I support parents in undertaking the inner work required to live in freedom with their children and advocates for self-directed learning and life without school.

“Sarah is the best selling author, blogger, speaker and advocate of self-directed education.”

Find out more about Sarah at her site here. 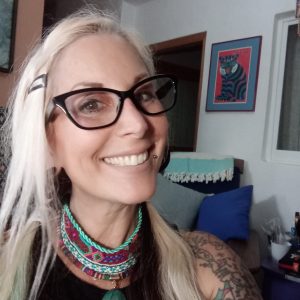 As a result of the 2008 California economy crash, Liberti closed her Los Angeles based branding agency. Liberti and her then 9-year-old Miro decided to “be the change” instead of victims and chose a life of adventure. After selling all of their possessions, Lainie and her son hit the road for what was to be a 1 year adventure in 2009. Twelve years and almost 50 countries, the pair still live location independently, volunteer & learn from cultures as visiting locals. Lainie chose to educate her son Miro through travel, facilitating rich experiential learning, cultural immersion, volunteering and leadership as his school. The pair are often credited with birthing what’s known as the modern worldschooling movement. Over the years, Lainie has worked tirelessly as an advocate to bring “worldschooling” into public awareness and part of the alternative education conversation.

Liberti has spoken about worldschooling on the TEDx Edu stage in Amsterdam, written about learning through travel for multiple magazines, and featured in multiple academic journals, and publications including International Journal of Education, Journal of Unschooling and Alternative Learning, People Magazine, Huffington Post, USA Today, The New York Times and The New York Post and has contributed to several books on the topic of worldschooling.

Liberti is an adolescent behavioral specialist, certified coach, specializing in transformational & confidence coaching. In 2020, Liberti founded Transformative Mentoring for Teens offering virtual 1:1 support for teens and designing several self-development courses providing teens with tools to transform their lives. She also co-founded the Partnership Parent Movement, as a way to empower families to shed  old ideas of parenting through authoritarian  paradigms and adapt consent based family dynamics through attachment principles and peace.