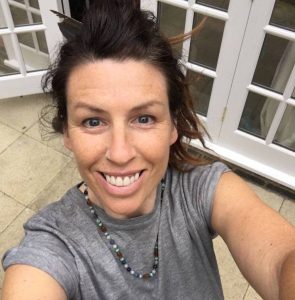 Mothering 4 wildlings, born fully into themselves, has been the greatest challenge and biggest blessing of Sarah’s life. As a worldschooling, unschooling mum, life presents no end of opportunities to explore her own triggers, growth and healing.

Of course she had a plan, even before her children came along.  Well behaved children who fit in with her life and certainly didn’t eat spaghetti on the couch or paint the walls. An alternative plan was afoot and instead of the compliant, non-questioning children Sarah imagined she’d be gifted with, four loud, determined, fiercely curious and free thinking individuals moved into her home. She realised she had to find a different way to parent them.

It was a book written by the truly radical Alfie Kohn, Unconditional Parenting, that opened her heart to something more than naughty steps and consequences, although as her only child was less than one on first reading, much of it didn’t make sense.  And, annoyingly, there was no ‘how to’ included.  But a seed was planted.

As her family grew and her children grew….more wilful and verbal, the frustrations of raising kids in an attachment style but not seeing the immediate results of what she perceived to be connected and attached children (ie compliance…..) Sarah started to accidentally follow the cues her kids were giving her via the disruptions and triggers. Those uncomfortable feelings experienced when her youngest child started dropping the F bomb at three years old, with surprising effect and impact; the way she wanted to scream when her oldest blatantly said ‘no’ to, well almost everything; the visceral reaction to her boys squabbling and fighting, surely must be leading her somewhere.

They were.  They were causing her to question almost everything she thought she knew about being a parent.

Only a terrible mother would ‘allow’ her child to use that language.

Or how about this one – saying ‘no’ to an adult is disrespectful.

The triggers came thick and fast and Sarah saw that the only way through was to question her strongly held views about not only how children should be, but the very essence of the parent/child relationship.

If only a terrible mother would allow her child to swear and cuss, was she in fact a terrible mother? If only bad children fought, were her children actually bad? Was her 6 year old disrespectful for constantly questioning EVERYTHNG?  That didn’t seem right.

And so this feeling of disquiet led Sarah to  question many things about what it means to parent children, what it means to BE a parent and to unlearn many of the common wisdoms about relationships within families.

Parenting by consent and in partnership with her children is messy. Dropping agenda means a pretty constant dance to ensure that everyone is heard. But dancing can be so joyful. And liberating.

Have questions for Sarah?

Send her a message

Build a family culture that serves connection and relationship above all things.